How to Make An Acoustic Suspended Ceiling

How to Make An Acoustic Suspended Ceiling

Why do acoustics matter?

If you’re designing a cinema, concert hall or recording studio, the acoustics are obviously going to matter – they’re a major part of the reason the building exists. But acoustics matter in everyday buildings too:

What are sound attenuation and sound absorption?

Sound absorption describes a surface’s ability to absorb the sound within a room and prevent it bouncing around. The better the sound absorption, the more comfortable a space will be and the easier it will be to concentrate when you’re in it.

Sound attenuation describes a surface’s ability to prevent sound escaping from a room. The better the sound attenuation capabilities of a meeting room, for example, the less risk there’ll be of someone outside the room overhearing what’s happening inside.

Can a suspended ceiling support sound absorption or sound insulation?

Is an acoustic suspended ceiling a soundproof ceiling?

It can be, although generally the level of acoustic performance most businesses need is not total soundproofing, which can be costly and impractical to achieve. It’s also worth noting that even the most soundproof ceiling won’t create a soundproof room unless you take the same rigorous approach to the walls and doors.

A high level of sound insulation and sound absorption, however, can make a room as effectively soundproof as most organisations need.

How to install and acoustic suspended ceiling

Installation-wise, there’s no difference between a regular and acoustic suspended ceiling. What differs is the materials you’ll use. Of greatest importance will be the ceiling tiles you choose which should be designed to deliver good or excellent levels of sound absorption and insulation.

How to install a suspended ceiling

Not every ceiling tile manufacturer measures the insulation and absorption properties of their tiles in quite the same way, but the two most common measures are:

What does that mean when applied to an acoustic suspended ceiling? Take these three examples:

Some of our tiles use the NRC (noise reduction coefficient) which also gives a figure between 0 and 1. Although calculated differently than Alpha W, the practical difference in terms of general performance is small. Where the performance of your acoustic ceiling is critical, however, talk to us.

Decibels (dB): Sound attenuation is measured according to the reduction in sound escaping from a room into adjoining areas or void spaces above the ceiling. As with sound absorption, the sound insulation of a room relies on more than the ceiling, but as a general rule of thumb, and assuming the rest of the room matches the sound insulating properties of the ceiling, a sound reduction of just 20db will mean regular speech is audible.

A sound reduction of 55dB, on the other hand, will mean even shouting will be inaudible. For a ‘good’ rating (meaning that loud speech is audible but not easy to make out), look for a sound attenuation (or Dnfw/Dncw) figure of at least 35dB or greater.

What else does an acoustic suspended ceiling need?

Acoustic ceiling tiles will, depending on the individual tile’s performance, help absorb sound within a room or prevent it escaping to other areas, but the tiles aren’t the only factor that can contribute to a ceiling’s acoustic performance.

To create an acoustic or soundproof suspended ceiling, you’ll also need the following:

Acoustic hangers replace some of the metal components with rubber, plastic or elastic. This breaks the path of vibration, preventing the soundwaves from using the hangers as a conduit. If you’re installing acoustic ceiling tiles, acoustic ceiling hangers are the obvious choice.

Soundblocker: What happens if you need a particular type of ceiling tile—perhaps one that offers high antimicrobial properties—but that tile offers limited acoustic performance? Soundblocker inserts provide the solution.

Designed to sit above the ceiling tile, they ensure your suspended ceiling can still deliver impressive sound attenuation performance even where the ceiling tiles don’t. Adding up to 53dB of sound reduction, they’ll be enough to ensure even the loudest, shoutiest conversation won’t transmit through your ceiling.

You’ll find a vast range of ceiling tiles - plus all the soundblockers and acoustic hangers you’ll ever need to create an acoustic or soundproof ceiling – for less at JCS. For help selecting the right products for your suspended ceiling, talk to us. 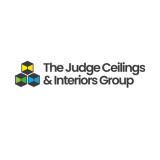 Here at Judge Ceilings, we have over 40 years of experience dealing with all things suspended ceiling and drylining related.